In this new initiative started by InternFeel, we bring to you the interviews of Startup Founders and as internship seeker; you get an opportunity to know what a start-up is looking for when they hire interns.

Today we have Mr. Anushuman Sahoo who is a law student and has founded The Law Blog, a social enterprise which operates on the basic ideology that with betterment in the quality and quantity of information available to the general public.

Read on to know more.

InternFeel (IF): To start with, please tell us something about yourself. What makes you different? Your interest and hobbies.

Anshuman Sahoo: Currently, I’m a student of Law. And talking about myself, I think it’s my passion for Law that only can realistically define me. I’m into legal writing, legal research, academic discourses, opinion-shaping, social enterprises, volunteering and many more things that a lawyer should and must get into.

About the ‘being different’, I never really tried to get tagged as one. I’ve been brought up in an environment which was primarily socialistic in nature, and specifically emphasized on social obligations and collective wellbeing. I carry forward a somewhat similar mindset, and therefor never really worried about being individually different.

IF: Tell us something about your start-up and the kind of work it does?

Anshuman: To begin with, ‘The Law Blog’ (TLB) is more of a social enterprise/social start-up. It doesn’t have any profit motives and works unequivocally towards a better society. The Law Blog operates on the basic ideology that with betterment in the quality and quantity of information available to the general public, an opinionated mass can be brought into existence; where the opinions are based on facts and deduction, rather than rumours and emotions. And, such an opinionated mass is the foundation-stone on which the pillars of a futuristic society are to be based upon.

The Law Blog, as suggestive from the name itself, is primarily a blog that aims at disseminating legal information and opinions in simple language to the public at large. The blog posts come from a wide range of writers community that include writing interns, guest writers, lawyers, academicians, college students etc.

Apart from the primary job of blogging, TLB also time to time undertakes certain projects with same ideology and goals. The most recent undertaking is the ‘#ChallengingHypocrisy’ project. ‘#ChallengingHypocrisy’ (read here) is an online campaign-cum-competition wherein the competitors have to challenge some unreasonable practices and hypocritical patterns during the month of November through social media posts.

IF: Please elaborate a little on your start-up journey from conception to the present? 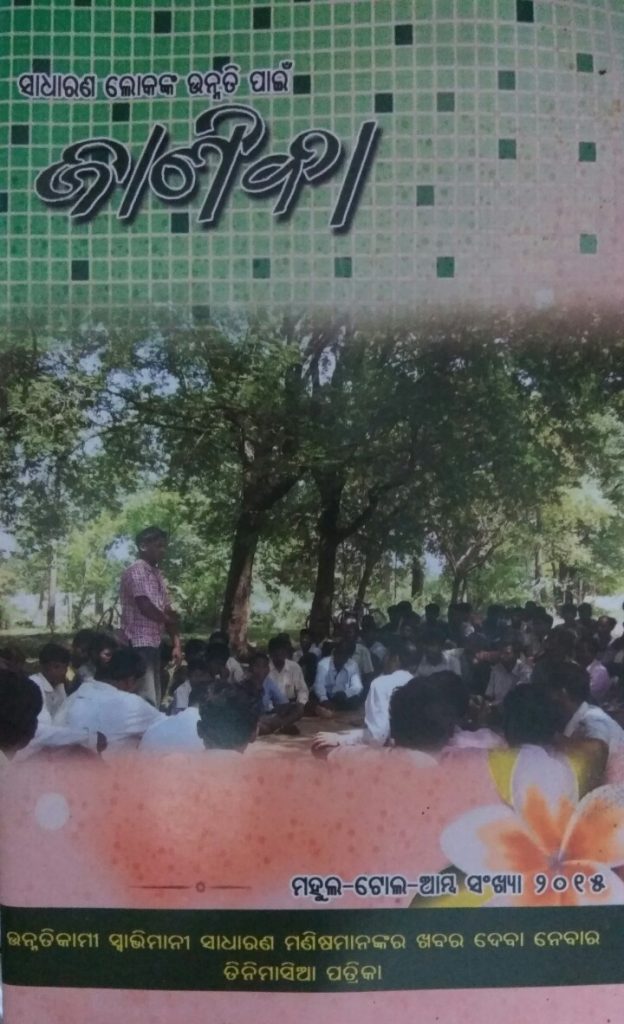 Anshuman: The conception of ‘The Law Blog’ dates back to April 2015. My father, although a lawyer by profession, is a social worker by hobby. In 2015, he started publishing a quarterly information bulletin for the tribal people of Odisha with the vision to spread legal awareness amongst the tribal population. That particular event made me think about the role of information in reshaping the social structures. It was then only when I realised that revolutions begin with ideas, and not swords.

Later on, I tried blogging on an individual level focusing on various areas of law. Blogging on an individual level was worth the effort, but it was not that effective. So the idea of expanding the platform hit me. I started taking some courses on usability, web design, usable security etc. so as to enable myself to build a standardised blogging platform. Meanwhile, I was regularly posting on my personal blogs on various other platforms.

Finally, the dream of a ‘Law blog’ came true when ‘The Law Blog’ came live. On the first week of coming live itself, it received an awesome response from various scholars, practicing lawyers, academicians etc. who went through the blog regularly and expressed their interest to write for the blog. Since then, the responses to ‘The Law Blog’ have been both qualitatively and quantitatively rich.

Recently, TLB has taken another step towards a better society by introducing #ChallengingHypocrisy. The invitation therefor has been launched and has so far received a good quantity of responses.

IF: Do you hire interns? Do you think interns play an important role?

Anshuman: Yes, we do hire online interns through our ‘Online Internship Programme’. I’d unequivocally agree with the importance of interns in ‘The Law Blog’. We treat our interns at par with other guest writers and their opinions, wishes, and conveniences are always taken care of.

IF: What are the top three things you look for in an intern?

Anshuman: First and foremost, writing skills. It’s a blogging platform, and writing is the primary task of the interns. Impeccable writing skill is a must that cannot be stressed more.

Secondly, communication skills. The interns are required to go through a multi-staged selection test before they are accepted as interns. And in the course of procedural formality, the interns communicate regularly with the HR team. The better a candidate can communicate, the more are her/his chances of getting selected as an intern.

Finally, the other petty things. Those petty things are actually the most important things in a selection procedure. Your etiquette matter; the language of your email matters; the tone of your replies matter. Throughout the whole selection process, you’re judged for each of your words. I’ve personally witnessed many applications being down right rejected just because they used ‘SMS lingo’.

IF: If someone wants to apply to your company, what is the best way?

Anshuman: The best way is to go to the website, and apply online by clicking on the link to the google form provided therein. Thereafter, the candidates may try following up regarding the status of their application.

IF: Is there anything you want to tell the interns who are looking at internships in start-ups? Is it any different from an established company?

Anshuman: Although a start-up is legally structured in a similar way as that of an established company, still there are fundamental differences between the two. A start-up always has to operate on a smaller scale, with limited resources, and sky-high ambitions. For that, optimisation and determination are indispensable.

Interning in a start-up will expose the interns to the harsh and closer aspects of entrepreneurship. The interns work in a set-up close to the administration and thereby get a chance to minutely observe the highs and lows of an innovation. Also, the informal and flexible environment of a start-up is always much more comfortable to work in. That said, I’d personally recommend a start-up internship experience as a must-have one.

We would like to thank Anushman for taking time out and doing this interview and also wish him massive success for his journey of ‘The Law Blog’.

More from this Author